Cia Voël es the chance meeting between two people, apparently very different, that come to complement and join in the search for creative and acrobatics ways, with the russian cradle like main character.  Cia Voël  has recently premiered its first show Ex-libris. 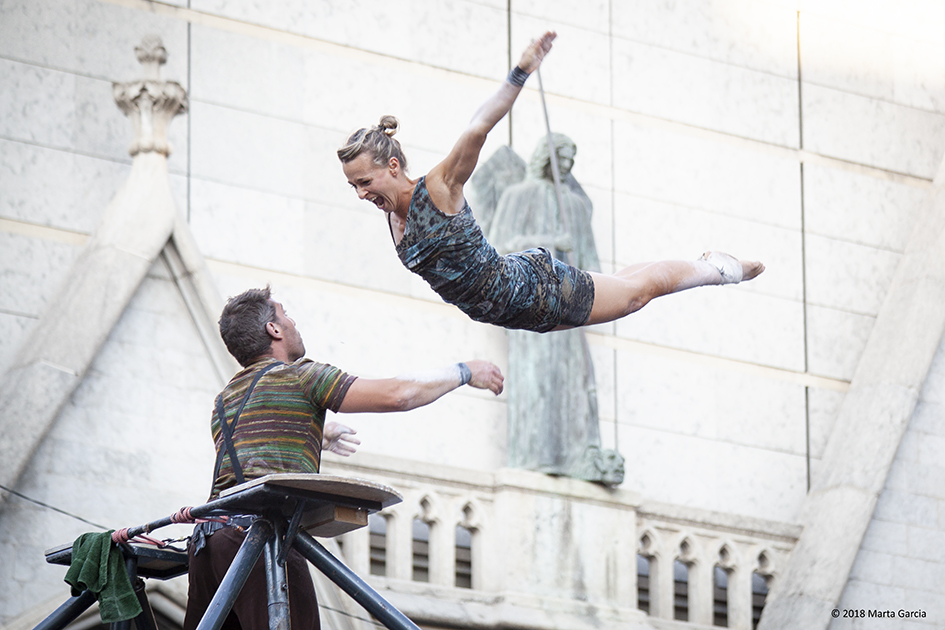 At a very young age she leaves her hometown to travel the world, in one of her trips she lands in Mallorca where she discovers the Circus. From that moment on she has studied with different teachers choosing in aerial technics such us fixed trapeze, rope, mini trapeze and grand volant and russian cradle.

She has participated in different productions like Grinyols from Circ Cric, Violeta from La Persiana, Invisibles (21 Winter Circus of Ateneu 9 Barris), Póesia from Cia OnCore, Shake Shake Shake of Pakipaya..

He studied at Rogelio Rivel’s School Circus and he got his diploma in ESAC (Superior School of Circus Arts), Belgium. He is specialist in hand to hand and Russian cradle.